To prove that there is a world beyond agents, turtles and all things ABM, we have created a neat little tutorial in system dynamics implemented in Python.

Delivered by Xavier Rubio-Campillo and Jonas Alcaina just a few days ago at the annual Digital Humanities conference (this year held in the most wonderful of all cities – Krakow), it is tailored to humanities students so it does not require any previous experience in coding.

System dynamics is a type of mathematical or equation-based modelling. Archaeologists (with a few noble exceptions) have so far shunned from, what is often perceived as, ‘pure math’ mostly citing the ‘too simplistic’ argument when awful mathematics teacher trauma was probably the real reason. However, in many cases an ABM is a complete overkill when a simple system dynamics model would be well within one’s abilities. So give it a go if only to ‘dewizardify’* the equations.

Follow this link for the zip file with the tutorial: https://zenodo.org/record/57660#.V4YIIKu7Ldk

The CAA (Computing Applications and Quantitative Methods in Archaeology) conference has always been the number one destination for archaeological modellers of all sorts. The motto of the next meeting (to be held in lovely Siena, Italy! 30/03-5/04 2014) is ‘Keep the revolution going‘ and given the outstanding presence of simulation, complexity and modelling last year in Paris, I thought it will be a tall order.
Fear no more! The revolution keeps on going with a number of hands-on workshops and sessions on modelling scheduled for Siena. From modelling dispersals to network application complexity science is well represented. What is, perhaps, worth particular attention is the roundtable: Simulating the Past: Complex Systems Simulation in Archaeology which aims to sketch out the current place within the discipline and the future direction of simulation in archaeology. It’s also a call for a formation of a CAA Special Interest Group in Complex Systems Simulation (more about it soon). Follow the links to the abstracts for more details.

The call for papers is now open (deadline: 20 November). Follow this link to submit: http://caaconference.org/program/ .

5A Modelling approaches to analyse the socio-economic context in archaeology

RT5 Simulating the Past: Complex Systems Simulation in Archaeology

It’s not easy to assess other people’s research. And it is double difficult if they use a technique, theoretical framework or vocab one is not familiar with. Usually, the more our work depends on one of the ‘auxiliary disciplines to archaeology’ (geology, ethnography, genetics etc)  the more knowledgable we are but, in general, we know ‘just enough’ about everything that is not absolutely key to our research. For the nitty gritty we trust the domain specialists to keep an eye on each other and let only the ‘vetted’ research filter through to us. It largely works fine, except when a new thing shows up and it is difficult to find time and learn ‘just enough’ to evaluate its merits.

It seems that that’s the case with modelling techniques. Since simulation is not commonly taught at the undergrad level (yet!) it largely falls in the ‘not a clue what they’re on about’ category. This leads to a (not-that-)funny situation where the only people who can evaluate the quality of a model (i.e. other modellers) don’t care about the actual results, while those who should care play safe and ignore them. Simulation is not rocket science (except when it is actually used in rocket science), but it is an unbelievably useful tool and it looks like it is here to stay so I prepared this short guide for non-modellers showing how simulations are created step by step, with a special focus on the most common problems in models. As it will, most likely, backfire straight in my face the very next time I present my work and someone from the audience points out a fatal flaw in my research, I would like to ensure everyone that most of the mistakes and blunders we produce are really not intentional, really.

[click on the right-pointing arrows to advance the presentation]

If the prezi doesn’t work, follow this link: http://prezi.com/nxc_hj3esx3g/?utm_campaign=share&utm_medium=copy&rc=ex0share 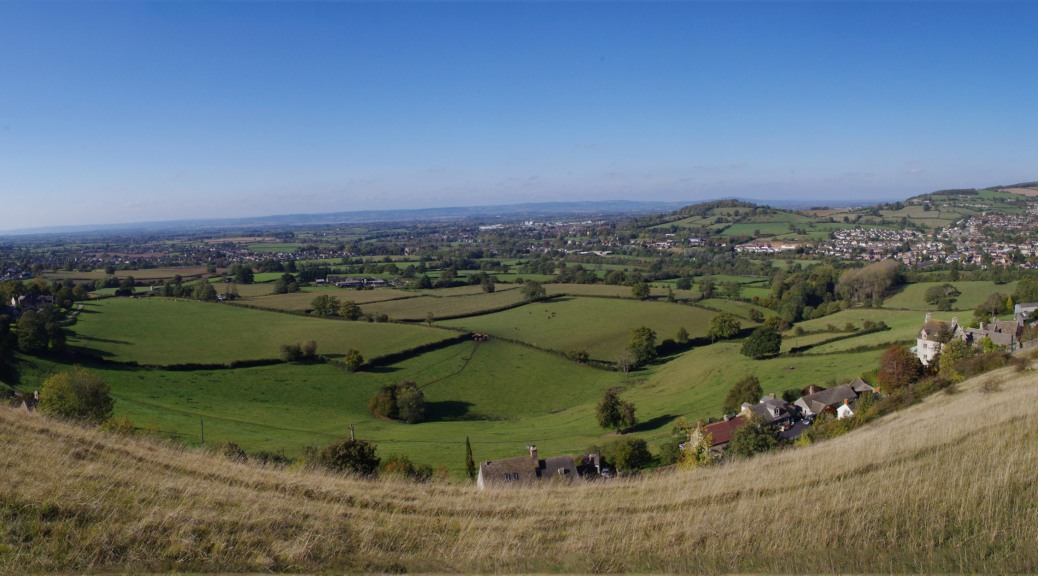 Imagine a field at a north-eastern fringe of your village. Everyone’s allowed to use it as a pasture so you always see a lot of cows there. Some belong to you, some to your neighbours. As an intelligent homo economicus you know that if too many cows pasture on the same strip of land the grass gets depleted quicker than it can regrow and the land becomes useless. Nevertheless, you also know that any benefit of using the pasture for your cows means benefit for you, whereas any damage caused to the pasture is shared equally among all neighbours. The logical conclusion: take as much advantage of the shared land as possible. The tragedy of the commons arrises from the fact that all of your neighbours concluded the same and soon all the grass is gone.

Although this seems like a topical story in the world of climate change, dwindling resources and horror stories of imminent doom, it is easy to notice that, generally, human societies have developed many successful strategies to deal with this problem. You can call them ‘institutions’, be it a socially observed rule, superstition or an actual person whose job it is to catch and punish free riders.

I wanted to share it here as this is a fantastic example of how much you can achieve by formalising a system and running a relatively simple simulation. In just a few equations Powers and Lehmann put together the relationship between populations of social and asocial individuals, the competition and cooperation between them, the interplay between the available resources and the population growth as well as the process of sanctioning free riders. On top of that they made the simulation spatial which turned to be a key factor for understanding the dynamics of the system.

It turns out that in a well mixed population neither the socials nor the asocials can take over forever (i.e. maintain the stable equilibrium). However, if the groups live on a spatial grid (just like us – humans) the situation looks different. The population of social agents cooperate to create strategies, which pushes up the ceiling of the carrying capacity for the group.  This means that the group can grow and expand into the neighbouring areas and once they arrive they are to stay. The fact that their carrying capacity ceiling is higher than that of the asocial individuals means that the population remains stable ad infinitum. Interestingly, the amount of resource spent on sanctioning the potential free riders usually fixate on pretty low numbers (10-20%). Therefore, this simulation shows that cooperation between agents coupled with even a small investment into ‘institutions’ leads to dramatic changes in the structure of the group.  A population of cooperative agents is likely to take over asocial neighbours and turn into a hierarchical society.

Although the model is largely abstract, its findings are particularly applicable, as the authors note, to the shift between hunter-gatherer groups and sedentary agriculturalists. A strong cooperation among members of the latter group is necessary for constructing irrigation systems. These, in turn, increase the group’s carrying capacity leading to a higher population size, at which point, sanctioning of the potential free riders becomes a necessity. And so Ms Administration is born…

On the final note, it’s worth taking a good look at Powers and Lehmann’s paper if you’ve never come across EBM (Equation-based Modelling). First of all, this is a fantastic example of how to formalise a complex system. The equation terms represent simplified reality. A good example of this is the group cooperation. The model assumes that people cooperate to make their work more efficient (i.e. to lift their carrying capacity), it doesn’t go into details of what that means in any particular case – digging a canal together or developing better shovels. It really doesn’t matter. Secondly, the authors did a particularly good job in explaining their model clearly, you really don’t need anything beyond primary school maths to understand the basics of the simulation.

We (archaeologists) have been discussing the rise of complex states with their administration and hierarchy for decades (in not centuries) and the question “why?” is always in the very core of all research: why did people get together in the first place? why did they cooperate? why did the hierarchy emerge? Powers and Lehmann’s model takes us one step closer towards answering some of those questions showing how simple interactions may lead to very complex outcomes.